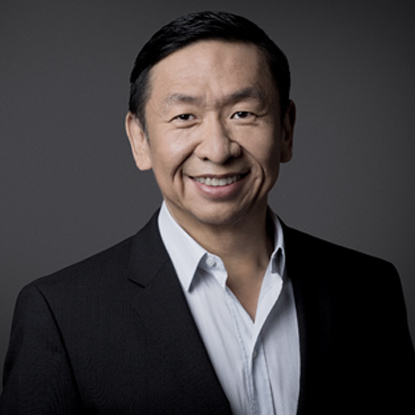 VIZIO, Inc.’s founder and CEO William Wang moved from Taipei, Taiwan at age twelve with his family to Hawaii, where his parents believed he could receive a better education. Two years later, the Wang family relocated to Southern California, and it was there that William began his love of American TV shows and entertainment culture. William attended college at the University of Southern California and graduated in 1986 with a Bachelor of Science in Electrical Engineering.

After graduation, he joined a rapidly growing computer monitor company, quickly rose to the head of marketing and sales, and then left to launch MAG Innovision and later, Princeton Graphic Systems. These companies became successful by introducing many industry firsts in the CRT (cathode-ray tube) and later LCD (liquid-crystal display) monitor business.

With the U.S. government’s mandate to convert to digital TV as well as the technical know-how behind making an HDTV, William saw enormous potential taking his experience and delivering a superior TV to a mass-market audience. In 2002, William launched VIZIO with the mission to make expensive plasma and LCD technology affordable and with high quality. By forming close partnerships with retailers, component suppliers and ODMs, along with creating industry-leading operational efficiencies, William brought VIZIO’s products to Costco shelves by the second quarter of 2003. Four years later, millions of Americans owned VIZIO TVs, and by 2007 VIZIO became a leading HDTV brand in America.

William’s personal accolades include Entrepreneur of the Year honors from Ernst & Young, Chapman University and The Orange County Business Journal, Chinese American Academic & Professional Society Model Entrepreneur, and Forbes’ 25 Most Notable Chinese Americans. In addition to the many charities he regularly supports, William serves on the Boards of the Segerstrom Center for the Arts and the Tim Salmon Foundation and is a Vice Chair of the American Film Institute Corporate Council.