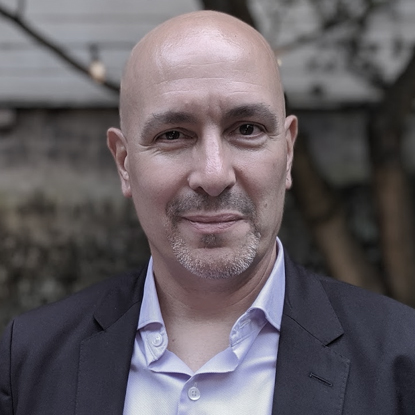 Rob DeMillo is a Venture Partner at SparkLabs Global Ventures. DeMillo has been a successful entrepreneur since the 1990s, having an impressive portfolio of 7 acquisitions/IPOs out of 9 companies. In April of 2019, Rob was awarded the position of Chief Technology Officer at Skidmore, Owings & Merrill - the first CTO in the 80+ year history of the influential architecture and design firm. DeMillo came to SOM after his previous company, Nimble Collective, was successfully acquired by Amazon Web Services in early 2019.

Previously, Rob was the CTO of Discovery Digital Networks which he came through via Discovery's acquisition of Revision3. In 2012, DeMillo was named to EContent’s “Fabulous 15: The Top Digital Media Influencers” listed along side of Steve Jobs, Jeff Bezos and Mark Zuckerberg. DeMillo was the Chief Technology Officer & Co-founder of Transpera, where he was responsible for the technology and operational aspects of the company and serves as the technical liaison to mobile operators, video content providers and ad agencies globally. Prior to Transpera, DeMillo was the CTO for Third Screen Media, a mobile advertising company that was acquired by AOL in 2007. DeMillo also served as SVP of Mobile Technology at VeriSign, following the acquisition by Verisign of m-Qube where DeMillo was Senior Vice President of Engineering and managed over 1,000 engineers.

DeMillo was also Founder and CEO of MediaRush, an early market leader for media distribution within the home, and held technology leadership positions at ATG, a personalization and eCommerce leader, and SynaPix, a computer graphics and video effects company. Before he became a serial entrepreneur, DeMillo was a research scientist/engineer at Lincoln Laboratories, and Jet Propulsion Laboratories before that, applying technology to study and understand topics as diverse as planetary cratering and effects of microbursts on aircraft.