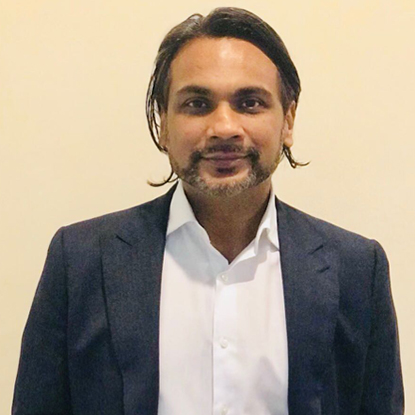 Danial leads the sales and solution practices across the globe for Nokia's enterprise business, focusing on services led solutions in verticals such as transportation, energy, public sector and manufacturing. Danial has spent over 18 years in the telecoms industry, with roles spanning from sales, marketing, strategy to network deployment across a diverse set of cultures in Asia Pacific, Europe, Middle East and North America.

Danial started as a software developer in early 2000s with Motorola in the US and soon became involved in large-scale deployments with worldwide operators. Since 2013, he has worked with operators in more than 30 countries addressing the emerging and mature technologies for different markets.

Danial is a recognized thought leader and frequent speaker on various topics such as 5G, Smart Cities, Analytics, IR4.0, Data Monetisation, and market development insights. He has also been actively been advising early stage start-ups in Middle East and African markets on business models and go-to-market success. Danial is also a founder of a not-for-profit organization that manages a charitable fund in Australia which educates under-privileged children across Southeast Asia. His pro-bono efforts have enabled him to participate in several community development initiatives globally.

Danial holds a Bachelor of Computer Science and an MBA from IE Business School in Spain. Danial presently lives in London with his wife and two children.