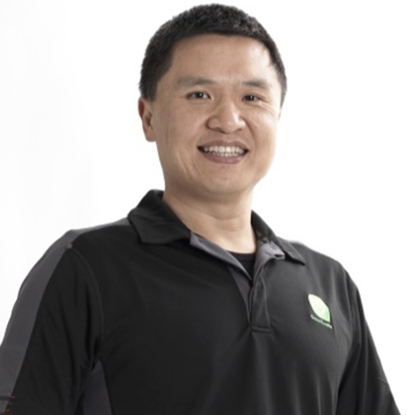 Charles Huang is a co-founder of RedOctane and the co-creator of the Guitar Hero video game franchise. In 2005, the company published Guitar Hero, which went on to become the fastest video game to reach $1B in sales. Guitar Hero was the best selling video game in the world in 2007 and 2008.

In 2006, Charles, along with his brother Kai, was elected as one of the top 50 producers in New Media by the Producers Guild of American New Media Council membership which includes such famed movie directors as Jerry Bruckheimer and Brian Grazer.

Charles left Guitar Hero in 2010. He’s been and adviser to many IOT start ups, as well as COO of Leeo, a smart home start up. He’s a partner and board member of Steel Wool, a virtuat reality games studio based in Oakland. His lab, Indigo 7, works on projects such as a Singtrix, a karaoke system with professional grade audio engineering.

Charles immigrated to California as a young child and currently resides in Silicon Valley with his wife and two daughters. He holds BA’s in Economics and Asian Studies from the University of California at Berkeley. He currently sits on the UC Berkeley Foundation Board of Trustees.